The killer whales, the largest dolphins that exist, come every summer to the strait with their little ones stalking fishing boats to get a share of the blue fin tuna fishing. 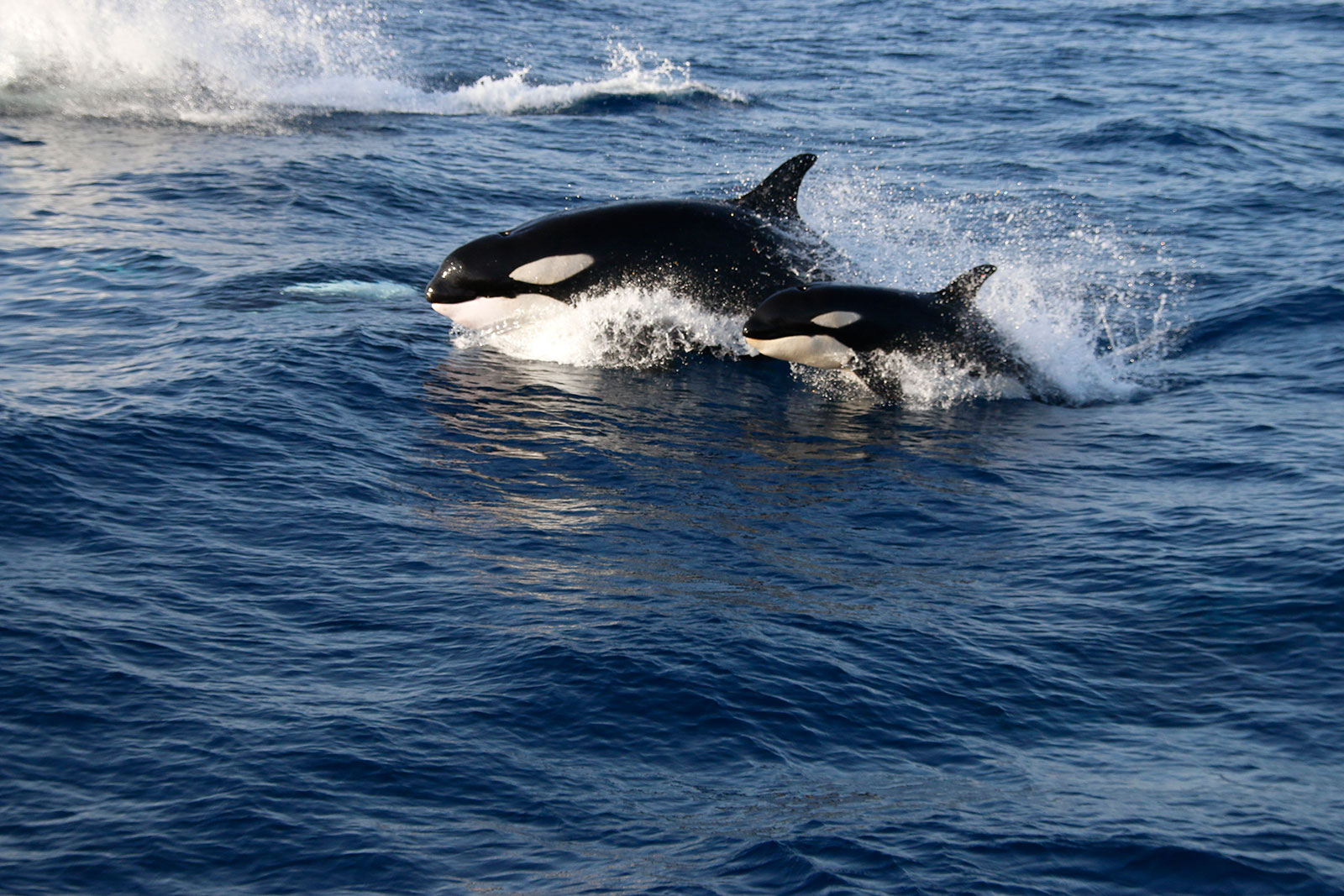 It is a kind of semi-resident Strait of Gibraltar. The Orca is the longest delphinid, adult males can grow up to 9 meters and females 7 meters and weigh 9 tons. It is easy to distinguish between males and females with its dorsal fin, being triangular in males and can reach 2 meters in height, while females are smaller and slightly curved back. Are colored black while most are belly is white, and two oval spots on both sides of the head.

The oral cavity has 10 to 12 pairs of teeth , consume a wide variety of prey, mainly fish and marine mammals. In the Strait of Gibraltar their main food is tuna hunting during migration.

Socially we can say that they live in groups of a few individuals. Like the whales, established relationships are lifelong.

According to the IUCN (International Union for Conservation of Nature), there is no research or surveys that tell us that the population is in danger. About 50 thousand individuals scattered around the planet are estimated.

The orca is the cetaceans , and probably the second mammalian species most widely spread - after man . It is found in all oceans and most seas.